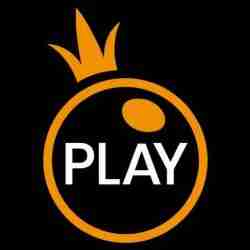 Pragmatic Play is a leading online casino games developer that was founded in 2015. In the relatively short time since its establishment, the company has grown rapidly and now provides a range of slots and othe casino games to online casinos all over the world.

Pragmatic Play was founded by a team of industry professionals with a passion for online gaming who took over a company previously known as Top Game. The company’s goal was to create high-quality casino games that would be accessible to players all over the world. To achieve this, Pragmatic Play focused on developing games that were compatible with a wide range of devices, including desktop computers, laptops, and mobile devices. They also took over all assets from Top Game including existing slots which they upgraded using the latest technology and helped create the basis for their future success.

Over the years, Pragmatic Play has released a steady stream of new games, including slots, table games, and live dealer games. Some of the company’s most popular slot machine titles include Sweet Bonanza, Sugar Rush and Gates of Olympus. In addition to these popular slots whose demo slot versions can be played on our site, Pragmatic Play also started to release Megaways slots in 2020 with the first of these being The Dog House Megaways a slot which has gone on to achieve legendary status.

One of the key reasons for Pragmatic Play’s success has been its focus on innovation and constant improvement. The company has a dedicated team of developers in multiple jurisdictions who are constantly working to create new and exciting slots and casino games that will keep players engaged. In addition to their in-house development teams, Pragmatic Play has also established partnerships with a number of other industry leaders such as Reel Kingdom which has allowed the company to grow its portfolio even more.

Being one of the most regulated developers in the industry has also helped the growth along considerably with Pragmatic Play legally allowed to operate in a very large number of countries through regulated online casino partners who provide a large market and fanbase for Pragmatic.

Today, Pragmatic Play is a very respected name in the online casino industry, and its slots and casino games can be found at a wide range of operators around the world. Their team can also be found at every single gaming and casino conference around the globe and based on our experience will be happy to share some time with you discussing their games while enjoying a drink and having a bit to eat. With a focus on innovation and player satisfaction, Pragmatic Play is well-positioned to continue its growth and success in the years ahead and looks set to make even larger strides in 2022 and onwards as it moves into live casino games and new markets as well.

At demoslotsfun.com you will find each and every slot that Pragmatic Play have released as well as upcoming slots available to play for free in demo mode. You can check out our collection by visiting the Pragmatic Play demo slot section of our website.