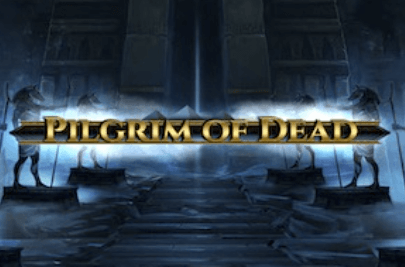 Pilgrim of Dead is an exciting new slot from Play’n GO that can now be played for free in demo mode on our site or for real money at any of our recommended online casinos.

It marks the latest in the very popular series of “Dead” slots by this provider all of which are set in Egypt and the first of which was the iconic and still immensely popular slot Book of Dead.

Things have progressed since that slot first was released in 2016 though as you will notice if you try out our Pilgrim of Dead demo slot.

As you will see in terms of the quality of the visuals and the overall immersive experience Play’n GO have really used the latest technologies to create a better looking, better sounding thanks to amazing visuals and a great soundtrack.

It is of course no easy feat releasing a new slot machine in this series that will meet the sheer quality and reputation as the original but creating this amazing Egyptian (albeit somewhat dark) theme is certainly a good start.

Numbers and mathematical wise Pilgrim of Dead stays pretty true to the original as this also has 5 reels, 10 win lines an RTP of just over 96% and the same variance.

It does however come with double the maximum win amount of the original meaning you can now take home 10000x your bet should you get lucky and hit that elusive maximum big win.

So what is different about this latest Play’n GO slot? Well having released several slots in the Dead series that were pretty similar in terms of gameplay this time Play’n GO have come up with what we think will be a pretty decisive gamechanger.

There are is in fact a smaller change that we should discuss first and that is the fact that if you trigger the bonus game you will be able to gamble for a higher paying expanding symbol. It is a risky option to be sure but it does add another level to the already exciting gameplay.

Interesting as that is the thing that we and other players who have already tried the Pilgrim of Dead are happy about is the new feature that means that all expanding symbols are sticky and remain so until the end of the bonus round.

We likely do not need to tell you what this means in terms of possibilities but we are going to do so anyway. Imagine getting a full book of your expanding symbol on any spin before the free spins round is finished. Yes this would in fact mean that all remaining spins will get the same win.

And if it is not a full book then of course you have another chance with each spin of getting that anyway.

This feature just proves our point that you do not need to make huge changes in order to create something exciting and new or to breathe new life into an existing franchise.

So what are you waiting for? Visit our Play’n GO demo slot section and give the Pilgrim of Dead demo slot a spin.