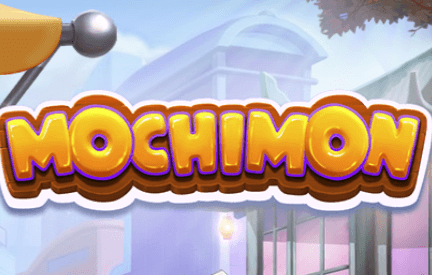 Pragmatic Play is well known for creating some exciting slots all of which you can of course play for free on demoslotsfun.com. Mochimon is an upcoming Pragmatic Play slot machine that we believe will be very popular not just on our website in demo mode but also at online casinos when it is released and able to be played for real money.

As the title suggests the theme of this Pragmatic Play slot machine is about cute Japanese Manga characters and those are likely the first thing that you will notice when you try out the Mochimon demo slot for the first time on our site.

Yes you read that correctly, at demoslotsfun.com we are one of the first websites in the world where you can play the Mochimon slot demo before it becomes available at the large number of online casinos where you can play Pragmatic Play slot machines for real money.

So why do we feel that this will be an exciting Pragmatic Play slot? Well the reason(s) are pretty straight forward. If you are at all familiar with slots made by this provider you will know that one of the most popular slot machines that they have released in the last year or so is Sugar Rush.

In fact Sugar Rush is the 2nd most popular Pragmatic slot on our website with only Gates of Olympus being more popular during all of 2022.

And as it turns out Mochimon is a slot that is very similar (we would even go as far as to say pretty much the same) as Sugar Rush pretty much guaranteeing that it is going to be played a lot in demo mode on our site or for real money at various online casinos after it is released.

We at demoslotsfun.com also really like playing Sugar Rush although we would have liked to have seen a higher maximum win amount than the standard (but very respectable) 5000x your bet that the Mochimon slot comes with.

Even so it is a lot of fun to play, the theme is well designed as always and since the Sugar Rush mechanics work so well this is a slot machine that we believe will do very well even if it is not very original given the fact it is so similar to Sugar Rush.

Anyway just like all Pragmatic Play slots we have made the demo of Mochimon available for you to play for free on our site so give the demo a spin and be sure to leave a rating on the review page so other players, ourselves and Pragmatic Play know what you think of their latest slot machine.