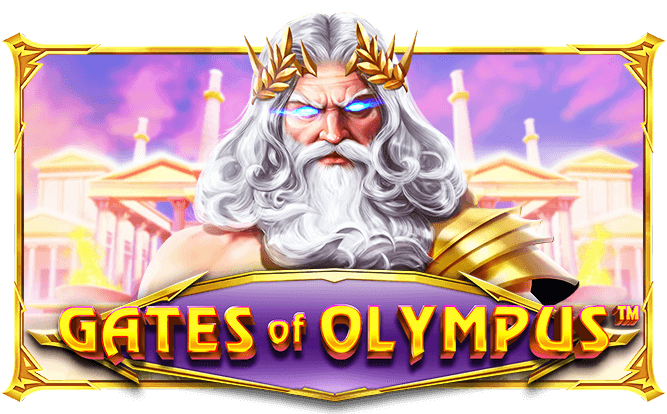 Gates of Olympus by Pragmatic Play is the most played demo slot machine on demoslotsfun.com for the year of 2022 and as such we thought it no less than fair that we should dedicate an article to this slot and explain to you why it has turned out to be so immensely popular with players from around the world who have spent countless hour playing the Gates of Olympus demo slot during the past 12 months.

Now obviously one of the main draw cards when it comes to the popularity of any slot machine is the theme and how appealing the visuals and audio effects are.

Ancient times and Ancient Greece in particular has always been a very popular theme for slot machines since they were first invented. We have seen some really good looking slots in this genre and we have seen some mediocre and even outright terrible theme designs that try to capture the feeling and atmosphere of Ancient Greece.

With Gates of Olympus the Pragmatic Play design team took a bit of a different approach using a type of realistic cartoon style in order to create a theme where the reels are set in the home of the Greek Gods with Zeus making an appearance on the right hand side of the reels.

Add to this two columns with flames set on each side and you get a rather appealing mythological theme that definitely accounts for some of the popularity that Gates of Olympus has enjoyed.

Obviously though having a great theme does not mean that you have a great slot and you do in fact need some solid numbers, mathematical models and engaging game play in order to end up with a slot machine that has market wide appeal.

So let us take a look at the numbers that you will encounter if you play the Gates of Olympus demo slot.

It is a 6 reel slot that has 20 paylines and that comes with the tumble feature that is also referred to as cascading reels where winning symbols are removed upon a win and new symbols take their place.

We really like this mechanic as it does create a sense of action and excitement and of course lets you get multiple wins on a single spin much like in Sweet Bonanza which was the first Pragmatic Play slot to feature this mechanic.

Now although the maximum win amount on Gates of Olympus might not be as large as on that slot (it is in fact 4 times lower) it is still a respectable 5000x your bet which is not bad for a slot machine that has a high variance like this one does.

The real key to this slot though in our opinion are the multiplier which really come into their own during the free spins round and it is this combination that really gives this slot the mass appeal which it seems to have gained.

Still with the lower potential than Sweet Bonanza we at demoslotsfun.com would still prefer to play that for real money as 20000x your bet really is a more appealing number.

But having said that as far as Ancient Greece themed slot machines Gates of Olympus rightly ranks up there with the very best and unsurprisingly was the most popular Pragmatic Play demo slot on our site for 2022.