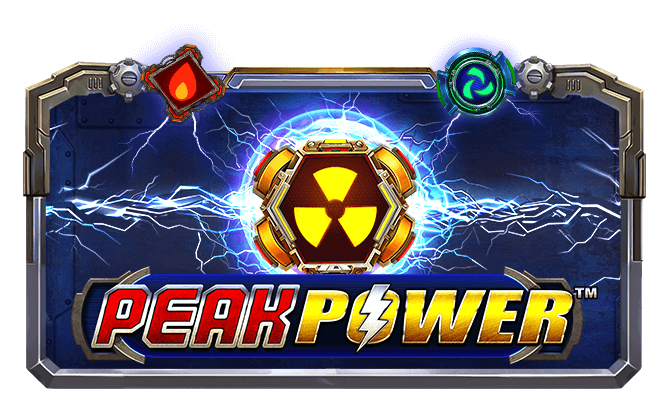 Peak Power is a demo slot developed by Pragmatic Play that is sure to provide players with some electrifying thrills. Featuring vibrant graphics and exciting gameplay this is one slot whose demo version we believe is going to become very popular on demoslotsfun.com

So what exactly makes Peak Power such an exciting slot. Well whereas Pragmatic Play release a lot of slot machines with decent winning potential this is one time when they have cranked the maximum win amount up to a massive 10000x your bet. Play the Peak Power demo slot and you will notice is the very traditional 5 reel and 10 lines layout that comes with a maximum RTP of 96.02% and high volatility.

Pragmatic Play have rated the variance of Peak Power as a 10/10 and having played the demo slot prior to the release date of the 13th of February 2023 we can only conclude one thing and that is that they certainly were right on the money with that number.

Make no mistake Peak Power is no slot for the faint of heart and if you are a more casual player of slot machines you may want to think twice (and certainly try the Peak Power demo slot) before playing this on e for real money at one of our recommended Pragmatic Play online casinos.

Be prepared to get a lot of dead spins and sessions that will cost you money although as you would expect when it decides that it wants to pay Peak Power can certainly deliver the goods in the form of a big win.

At this point we should also point out that any Pragmatic Play casino can decide to set the RTP of Peak Power to the fore mentioned 96.02% however the provider has also included an option for 95.01% and 94% which to us at demoslotsfun.com really make Peak Power a lot less attractive for real money play.

As is often the case with high variance slots like this one the base game of Peak Power is not going to provide you with a lot of thrills. Instead except the long grind to trigger the bonus game which is a free spins round which is where all the excitement is to be found.

While we were testing Peak Power in demo mode we did manage to trigger the free spins round normally although this did take a long time to happen. Pragmatic Play however have included a buy feature which means you can advance straight to the bonus round for a pretty large 100x your bet.

Once again this illustrates the use for sites like demoslotsfun.com where you can try the demo of Peak Power well before the release date to not only study the gameplay but to also find out risky it is to use features like this.