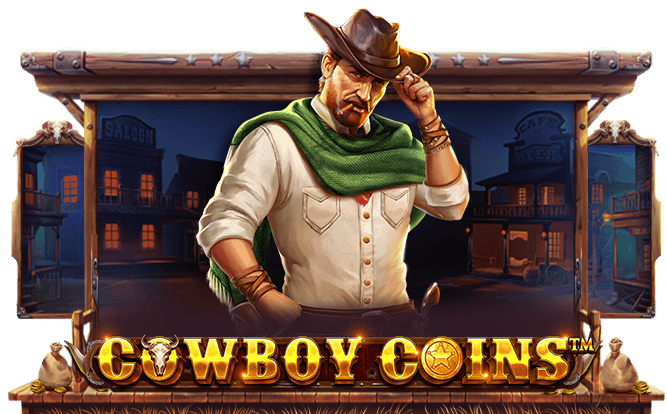 Are you ready to strike gold and experience the thrill of the Wild West? Look no further than Cowboy Coins, the upcoming slot game from Pragmatic Play whose demo slot you can get a sneak peek at on demoslots.fun.com

Cowboy Coins is not scheduled to be released by Pragmatic until the 2nd of March 2023 but as we usually do we have made the Cowboy Coins demo slot available to play for free well before this date something that is made possible by our long and solid relationship with this developer/provider.

And while we do usually get excited about every upcoming slot that Pragmatic announces we were really looking forward to playing the demo version of Cowboy Coins for the first time as some of the most iconic slots that Pragmatic Play have released to date have featured the Wild West.

One need think only of Wild West Gold a slot that is still popular to this day and its sequel Wild West Gold Megaways which we actually played for real money just the other day.

Both of those are of course not slots for casual players as they are rather volatile but do offer potentially high wins. The first of these came with a maximum win of 10000x your bet, the second saw a reduction to 5000x your bet but finding out that Cowboy Coins comes with a 30000x your bet maximum win our interest was piqued.

It really should not come as a surprise to anyone reading this that the design of this slot machine is superb. As technology continues to increase developers continue to release better looking and sounding slots and Cowboy Coins really is a good example of what is possible these days. Not that Wild West Gold was a bad looking slot and in fact it still looks good but this just looks and sounds even better.

Slots do of course need to display and sound good on mobile devices which is what most players use these days and there are some constraints the developers need to take into account. But we really cannot help but be impressed with Cowboy Coins which looks great on all devices that we played the demo version on.

First thing you will notice when you load the demo is the layout of the slot. There are in fact 6 reels although the two outside reels only have 3 positions and this explains the number of paylines which Cowboy Gold has which is 2304.

The return to player is a respectable 96.08% although as always an online casino can select one of two lower settings so just be aware of that if you are going to play Cowboy Coins for real money. The volatility of this slot as you would expect is rated high.

Quite often base game play with these types of slots is relatively boring and having played the demo it would be fair to say that this (relatively speaking) is once again the case.

Things only really heat up when the maximum winning potential of Cowboy Coins is released and this can only happen during the free spins round which requires 3 scatter symbols or you to use the buy feature in order to trigger it.

But when this happens Cowboy Coins turns into what it really is, a volatile monster of a slot machine that can hand you a big win out of nowhere thanks in part to the golden multiplier coins which can go up to 100x your bet.

Land a decent win during the bonus game and watch it turn into a big win just because of this although being this volatile you can also expect some quiet free spins round with little or no returns.

Either way playing the demo of Cowboy Coins is a good idea, it will let you get familiar with the gameplay, have some fun doing it and also test the buy feature to see just how the risk/reward ratio is on that feature.

You can try the demo version of Cowboy Coins by visiting our Pragmatic Play demo slots section of our website where you will not only find this demo but also that of other upcoming releases by this provider.

We would ask that you take a moment to rate each slot that you play as this helps us and the developer get a more accurate picture of which slots players to our site like and which ones find less favor.