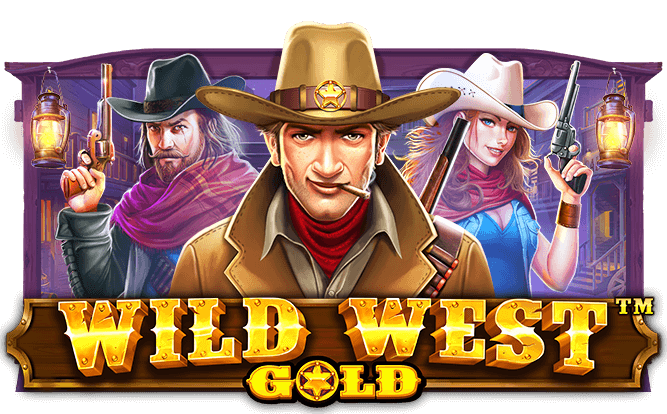 Wild West Gold was released by Pragmatic Play on the 26th of March 2020 and was an immediate hit with players from around the world who enjoyed both demo slot and real money play on this Frontier themed slot machine.

Set in the Old Wild West and featuring the almost classic dusty western town with a high noon showdown between the sheriff and the outlaw, players were immediately captivated by the immersive visuals, engaging sound effects and fantastic audio track that really set the scene.

Since we made the Wild West Gold demo slot available on demoslotsfun.com all those years ago the demo of this slot has consistently ranked in the top 10 of most played slots on our website.

And while the great Wild West theme certainly had something to do with that popularity it is the numbers and gameplay that really helped propel this Pragmatic Play slot to stardom.

At its core Wild West Gold is a 5 reel slot with 40 paylines that is rated highly volatile and comes with a maximum win amount of an impressive 10000x your bet. There are various settings available to online casino operators but the highest setting clocks in at a very respectable 95.71%.

Previous to this release there had been some very popular Wild West slots that were released by other developers and with this slot Pragmatic Play clearly wanted to take advantage of the popularity of those while at the same time illustrating that they too were capable of creating an excellent slot in this genre.

To help them achieve this Pragmatic Play included several features that include Wild Multipliers that helped spice up the base game although it has to be said that the basic gameplay is still a bit of a grind.

Things get a lot more exciting when you trigger the free spins something that based on our extensive time spent playing the Wild West Gold slot demo can take a considerable number of spins to achieve.

When you do though the long wait can certainly be worth the wait as the fore mentioned Multiplier Wilds now become Sticky and turn the slot gameplay into a whole different ballgame.

And while this slot might not be as volatile as the infamous Dead or Alive slot machine that helped inspire this slot there is no denying that this slot is not made with the more casual player in mind.

Play this slot for real money and you can still see your balance riding of into the sunset without it ever looking back but when it decides to pay things really heat up more than that showdown at high noon.