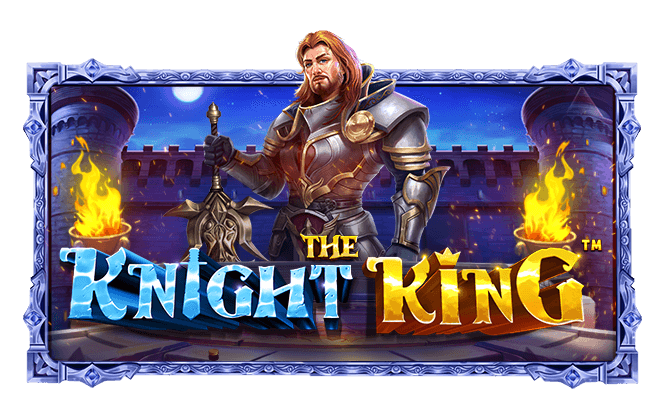 Load The Knight King demo slot and like us your first impression of this slot will likely be positive. It always amazes us that even though Pragmatic Play release almost one or even two slots every week or so that the standards of the graphics, animation and all round theme design remains so high.

Granted not every release appeals to us visually but The Knight King certainly does. We rather appreciate the overall look and feel and the attention to detail that has been paid to in particular the symbols on the reels and their animations is impressive. As well as the expected Knight and Princess symbols on the reels there is also a Chess Knight Symbol, a Scatter Symbol and to take us from the world of medieval to the world of fantasy we even found ourselves looking at a Dragon symbol on the first couple of spins.

Speaking of reels there are in fact five of those and they come with 20 paylines. A rather traditional layout its true but one that has proven to work especially when it comes with highly volatile slot machines under which category the Knight King slot certainly falls.

Pragmatic Play have set the maximum win amount to a respectable (if not spectacular) 5000x your and the return to player at the highest possible setting is just over 96%. When playing this slot for real money just remember that there are two lower settings that a casino could select and they are 95.02% and 94.06%. This obviously is not going to matter for demo slot play.

As well as the symbols that we mentioned earlier there are the traditional Ace to 10 lower paying symbols and the one symbol we have not mentioned yet that can also appear is the horse.

The serene valley view that makes up the background of this slot is one of the nicest that we have seen and you will likely notice the special symbol that gets selected prior to each spin being high lighted on the left hand side of the reels. Land this symbol to be awarded the numbered prize and as you can see if you play the slot demo this does spice up the base game a little.

Trigger the free spins round though and you are transported to the dark castle and this slot does get a lot more exciting.

It is a nice return to form for Pragmatic Play after their somewhat lackluster previous release which thanks to some subpar numbers and pretty bland gameplay really did not tick many of our boxes.

We really did have some fun playing the The Knight King slot demo and you can give this and other demo versions of upcoming slots by this provider a try by visiting our Pragmatic Play demo slots section.