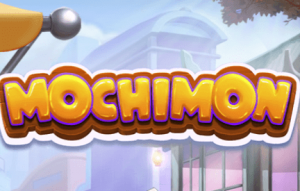 Mochimon is a 7 reel slot with a cluster pays mechanism made by Pragmatic Play. It has an RTP of 96.5%, high volatility and a maximum win of 5000x your bet. The Mochimon demo slot is available to play for free on www.demoslotsfun.com

At a first glance the numbers on Mochimon seem decent if not spectacular for a slot machine of this type. However with this being a Pragmatic Play slot machine it does mean that Mochimon comes with an adjustable RTP setting.

Now if you are into Anime or Manga you might well be familiar with the term Mochimon and hence when you start the Mochimon slot demo there will be no surprises in store for you. To everyone else these are cute Japanese cartoon style animals/monsters that evolve and Pragmatic Play have done a pretty decent job of bringing them into this themed slot machine.

Now you might have gotten a sense of familiarity when you first saw the numbers for this slot and that sense might be strengthened when you first play the Mochimon slot demo on this page. We certainly had a sense of deja vu when we first played this slot as all the features and actions where pretty much the same as on a previously released cluster pays slot made by Pragmatic Play.

So as we tend to do we kept playing the demo and did indeed end up concluding that Mochimon is basically a clone of an earlier (and very popular) cluster pays slot made by this provider.

We are not going to tell you which one as we are sure you will be able to figure it out in just a few spins. To us it also does not matter if it is basically the same slot as the original is very good and this slot is at least as much fun to play as that one.

You might well feel differently (or the same) about the Mochimon slot machine though so give the demo a spin or two and let us know what you think of it by leaving a rating on this review.

If you are having problems trying to play the free Mochimon demo slot we suggest refreshing the screen. If the problem continues to persist please contact us.

Please note that Mochimon is an upcoming slot and as such not all details have been released. As soon as we receive more information from Pragmatic Play we will update our review and add the demo slot.