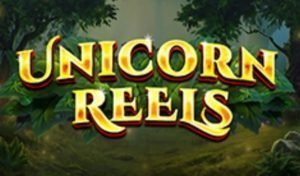 Unicorn Reels is a 5 reel video slot with 10 paylines. It comes with variable volatility and a maximum win of 1000x your bet.

Unicorn Reels by Wazdan features a pretty nice looking theme we are going to have to award some points for a great choice in background music, sound effects and visuals resulting in a quite engaging playing experience.

In Unicorn Reels any win can be doubled up to 7 times a row by picking ta lucky gem that turns into a Unicorn.

But the true magic begins with the draw of five or more Unicorns triggering the innovative bonus feature. During the Unicorn Jackpot Game, players enter a 5×5 grid with 25 separate fields to collect as many Unicorns as possible and win fantastic Jackpots.

Three re-spins are granted in this quest for riches, and their number resets with every Unicorn gathered on the reels. There are also three mammoth Jackpots up for grabs in this round, which can be triggered as more and more Unicorns are collected. The Minor Jackpot is 100x player’s stake and can be triggered with 15 Unicorns, while 20 Unicorns lead to the Major Jackpot of 300x stake. Finally, if all 25 reels are filled with Unicorns, players win the Grand Jackpot of a whopping 1000x their bet.

The bonus round lasts until all re-spins are finished or there’s a Unicorn symbol on every reel. At the end of the session, the player receives a prize for the number of collected Unicorns, with an easily understandable paytable indicating how they have performed

Wazdan have added a buy feature for those who like to take a bit more risk and cannot wait to trigger the bonus game naturally.

Shame that it does not come with a free spin feature but the jackpot game can definitely land you a good win and as we said the visuals and sounds on this slot are absolutely stunning,

If you are having problems trying to play the free demo of  Unicorn Reels slot we suggest refreshing the screen. If the problem continues to persist please contact us.