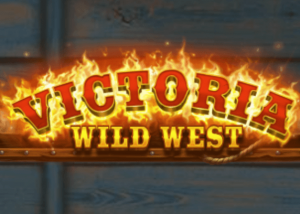 Victoria Wild West is a 5 reel slot with 10 paylines developed by Truelab Games. It comes with an RTP of 96.22%, medium volatility and a maximum win of 4000x your bet.

Those numbers of course do make very pleasant reading as not only is the RTP above 96%, the maximum win amount is actually also very good for a slot machine of this stated variance.

It is really great to see a relatively new developer like Truelab Games releasing slots with numbers like these especially as some ‘more established’ developers seem to be heading in the opposite way as of late.

The Wild West genre as ever is extremely popular with players and hence developers and its obviously getting harder to make a slot in this genre that stands out from the large number of Wild West slots that we continue to see being released on an ongoing basis.

Now visually having your reels set in the middle of an old Wild West town is nothing new, however we have to admit that the slot looks extremely well made with great attention to detail of the main characters on the reels and the other symbols.

Gameplay wise you might be a little familiar with how this one works, the story being that you need to collect bounties on wanted men and woman of the Wild Wild West.

Victoria is the main character and we have seen here before of course and this one does mark a welcome return, the gameplay might not be anything new but its entertaining and assisted by the fact that the lower volatility which means plenty of action.

If you are having problems trying to play the free Victoria Wild West demo slot we suggest refreshing the screen. If the problem continues to persist please contact us.