On this page you will find our collection of Thunderkick slots. 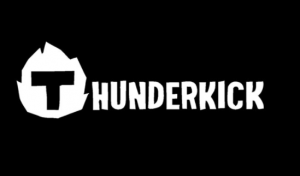 Description: Thunderkick are a Swedish developer of online slots from Stockholm in Sweden. They have released over 80+ slots all of which are popular with players. Play Thunderkick free demo slots on our site

Thunderkick were founded in 2012 in Stockholm, Sweden and in the years since have established a reputation for choosing quality over quantity. With relatively few new slot machines being released by them each new release is one that many players allover the world look forward too.

If you are looking for a one stop resource where you can play Thunderkick demo slots then Demo Slots Fun is the site for you. On our site you can play all slots by Thunderkick in demo mode including demos of new releases which you will not find anywhere else.

Please note that our Thunderkick developer page lists both current demo slots and free slots that are being developed, the slot demo of upcoming releases may not always be available.