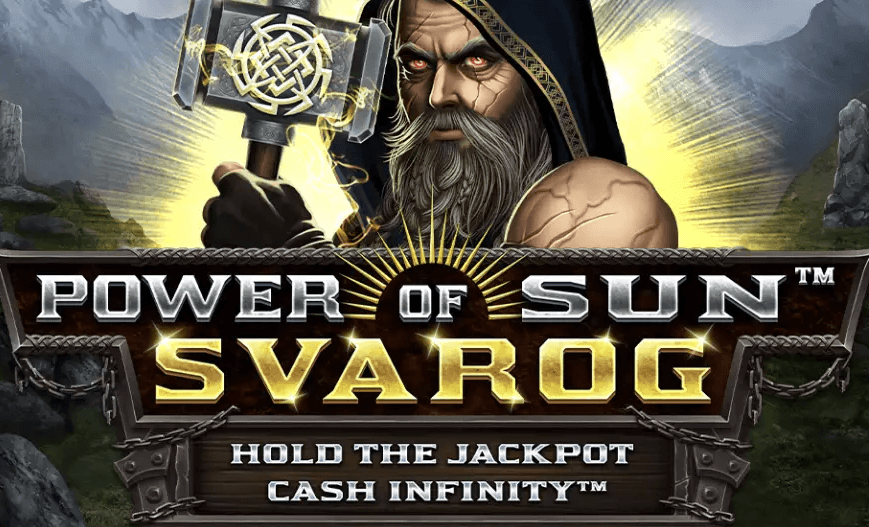 Are you ready to unleash the flames of fortune with the upcoming Power of Sun Svarog demo slot by Wazdan? This awe inspiring slot is scheduled to be released on the 9th of January 2023 but as always you can try out the free demo version prior to this date on our website demoslotsfun.com

For those of you not familiar with the Slavic pantheon of Gods, Svarog is the Slavic God of Fire, one of the most important of all the gods in the old religion so it is perhaps not surprising that Wazdan have selected him to dedicate the first slot in the exciting new Power of Sun series of slot machines.

Load the Power of Sun Svarog demo slot and the first thing that you will likely notice is that the reels really manage to stand out thanks to the use of vibrant colors and a subtle but yet very detailed background.

This really is some first rate work by the Wazdan design team and with them also having used just the right choice of background music and animated sound effects they have created a slot with an immense amount of atmosphere something which we do not see with a lot of slots being released these days.

Just having a fantastic theme though is not enough to create the groundwork for what is scheduled to be a long series of new slots that Wazdan really wants to become popular with players from day one.

The setup, mathematical models and gameplay all need to be top notch in order to attract players in what really is quite a saturated market.

So what we are essentially looking at is a 5 reel slot with 243 paylines with an adjustable variance, a RTP of 96.15% and a maximum win amount of a very solid 5000x your bet.

One feature that we always appreciate about Wazdan is that they continue to release slot machines where you the player get to decide at what volatility you would like to play. And even if you chose a lower volatility the maximum win amount stays the same. Granted you might have a lower chance of hitting it but its still a very good feature and we always wonder why more providers don’t add this to their slot machines.

If you did load the demo slot you will have seen that the words “Hold and Win” feature quite prominently. Fans of Wazdan will be aware that this developer creates quite a few slots with a Hold & Win feature but admittedly they do it better than most.

Whereas many simply put the basic hold and win mechanics in place Wazdan does try to innovate and frequently tries new things. Now we will be the first to admit that they don’t always end up being an improvement but more often than not they do and full marks to Wazdan for not shying away from trying new things.

For Power of Sun Svarog they have brought back the Cash Infinity™ feature which we saw in 9 Coins and which many players really liked. They have also added Sticky to Infinity™ which makes things even more interesting.

Before you ask we are not going to explain these features to you as it is much simpler and clearer just to give the Power of Sun Svarog demo slot a spin which you can do by visiting our Wazdan demo slots section. It’s a great slot that is a lot of fun to try out in demo mode and definitely on our list of slots to play for real money when it is released.